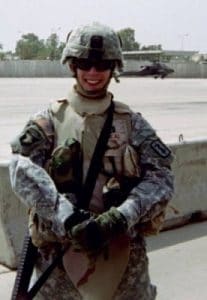 I deployed to Iraq for a year as the Chief of Anesthesia for the 772nd Forward Surgical Team (FST) with the U.S. Army 101st Airborne Division. My FST was stationed at the 86th Combat Support Hospital (CSH) in Baghdad, Iraq from fall 2005 to fall 2006. My team stayed very busy as we cared for U.S. and coalition combat forces as well as Iraqi national soldiers and civilians injured during the war. During that time, the CSH experienced the highest volumes of trauma casualties of the Iraq war (I personally logged in over 564 trauma anesthetic cases).

The combat hospital conditions were stark compared to typical conditions found in a modern hospital setting. At times, conditions became austere, especially when there was a lack of electricity and/or climate control during times of high heat. There was also the constant threat of injury to the patients and hospital staff from mortar and rocket fire, and we had to continue to provide surgical and patient care when our hospital base came under attack.

During power outages, battery operated equipment and monitors became a vital necessity, especially when back-up generator power systems were damaged during an attack. I relied heavily on small portable monitors such as the Nonin Onyx® finger pulse oximeter. There were several occasions when I found myself performing anesthesia care in the EMT or outside triage staging area, using just the Nonin Onyx, a pre-cordial earpiece and a standard/hand inflated blood pressure cuff as my only anesthesia monitors.

Having the Nonin Onyx fingertip with my anesthesia gear and/or clipped to my body armor when traveling became standard practice for me. When nothing else worked, I always had my Onyx. I was very lucky to have such a useful and valuable device with me during my tour in Iraq. Even though my deployment was challenging and very stressful, I am proud of my service, and continue to use the Nonin Onyx in my current anesthesia practice. 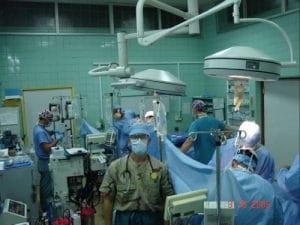 What would it be like to have wings? To fly freely over open land, or ...

As a clinical professional, you need to know when patient conditions c...

A pulse oximeter is a noninvasive medical device used for measuring a ...